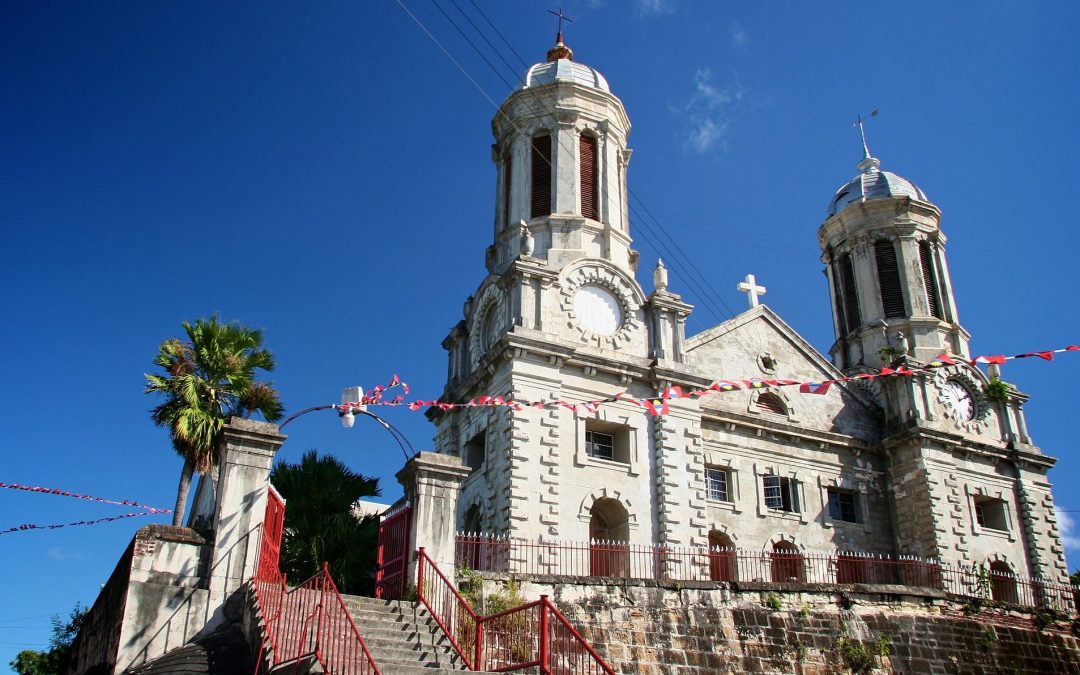 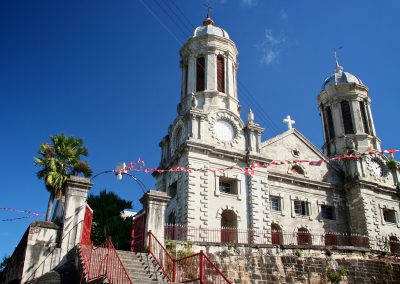 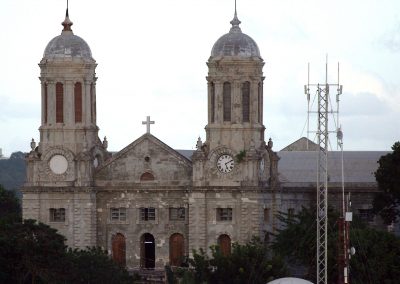 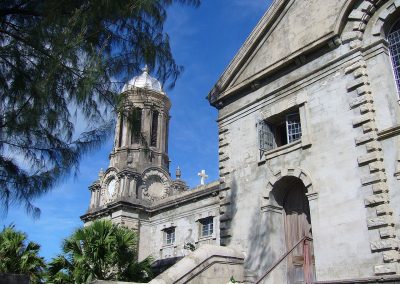 The present cathedral with its imposing white twin towers was built on a fossilized reef, in 1845, and is now in its third incarnation, as earthquakes in 1683 and in 1745 destroyed the previous structures. The iron gates on the south face of the church are flanked by pillars displaying lead Biblical figures of St John the Divine and St John the Baptist. They were taken by HMS Temple in 1756, from a French ship destined for Martinique.